Morton County- The five charges included criminal trespass, engaging in a riot, obstruction of a governmental function, disobedience of a public safety order during riot conditions, and disorderly conduct. Defendants maintained they were engaged in lawful activity and the State had insufficient evidence to prove any criminal activity, Judge Hill agreed. Charges against Water Protectors, Kanahus Manuel from British Columbia, Canada, Dustin Seher from Jamestown, ND and Christian Howell from Asheville, NC, stemmed from one of the largest mass arrests that took place at Standing Rock on October 22, 2016.

“I’m relieved that all of the bogus charges were dropped against me,” said Kanahus Manuel. “I want to call on the state to now drop all charges for all Water Protectors and I want to thank all the people around the world who said prayers for us and support our resistance against pipelines and oil and gas that are destroying our indigenous territories.”

Manuel is from the Secwepemc territory and left her efforts in stopping the Kinder Morgan Pipeline to travel to North Dakota to appear in Court rather than take a plea deal she was offered earlier. Manuel exclaimed, “I want to thank the Tiny House Warriors for holding it down back in Secwepemc Territory by building tiny houses to stop Kinder Morgan Pipeline. Water is life!”

WPLC Cooperating Pro Hac Vice Attorney Dan Siegel who represented Manuel in court said of the verdict, “I think Judge Hill did the right thing, the State presented a weak case and he was right to dismiss it. I think it’s terrible people have to go through this. Kanahus had to move heaven and earth to get here. The state should just dismiss all the remaining cases.”

Christian Howell took a Greyhound bus to get here from North Carolina to appear in court in person as well. Howell said, “I didn’t have any expectations today. It would’ve been easy not to come, I was offered a plea deal, but I didn’t come here in the first place because I thought it would’ve been easy. I came here because it was the right thing to do.” Howell was represented by Laura Reynolds, a Fargo public defender who worked cooperatively with WPLC.

North Dakota resident and Water Protector Dustin Seher said, “It was a pleasant surprise that Judge Hill made the right decision to acquit all defendants based on complete lack of evidence put together by Morton County. I encourage all Water Protectors with active cases to stand up and fight bogus charges.”

Andrea Carter, Mr. Seher’s counsel additionally commented, “This victory belongs to the whole movement, all who have and continue to work in solidarity, each of us contributing our own little grain of sand. When we have just rulings like this, more healing is possible and with it, we hope future transgressions on our Constitutional, Treaty, and inherent rights are discouraged and deterred.

If you have any questions or concerns regarding getting representation, continuances or related matters, please also feel free to call us at 701-566-9108.

Please support our work by visiting our Fundrazr.com/RedOwlLegal 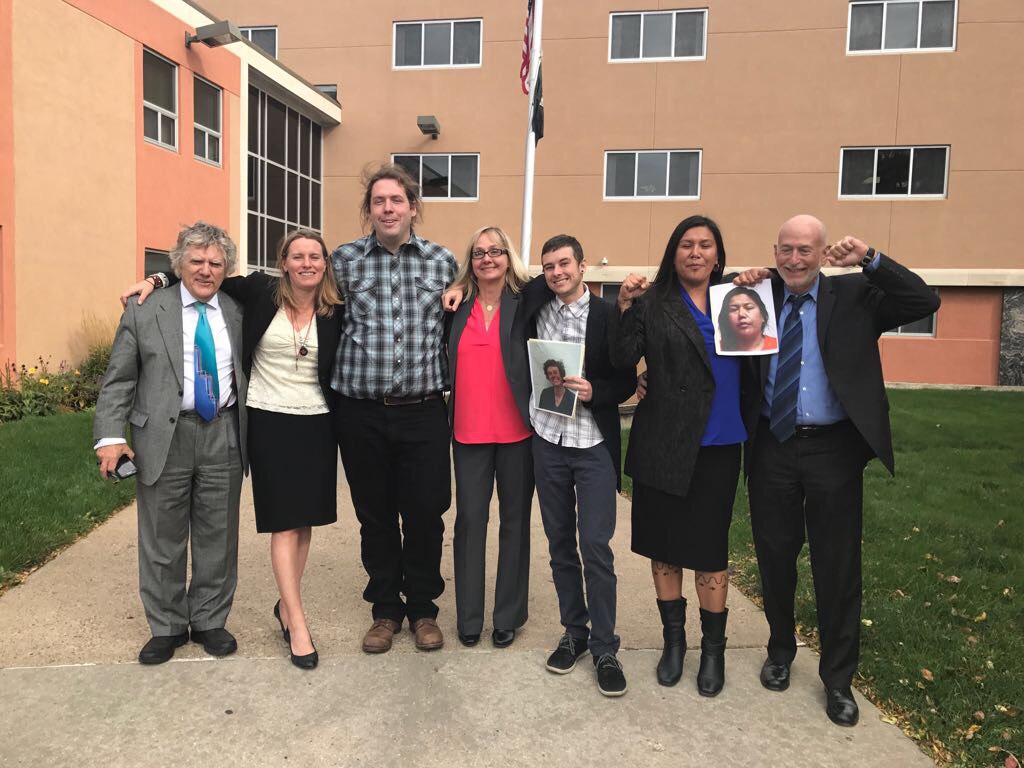