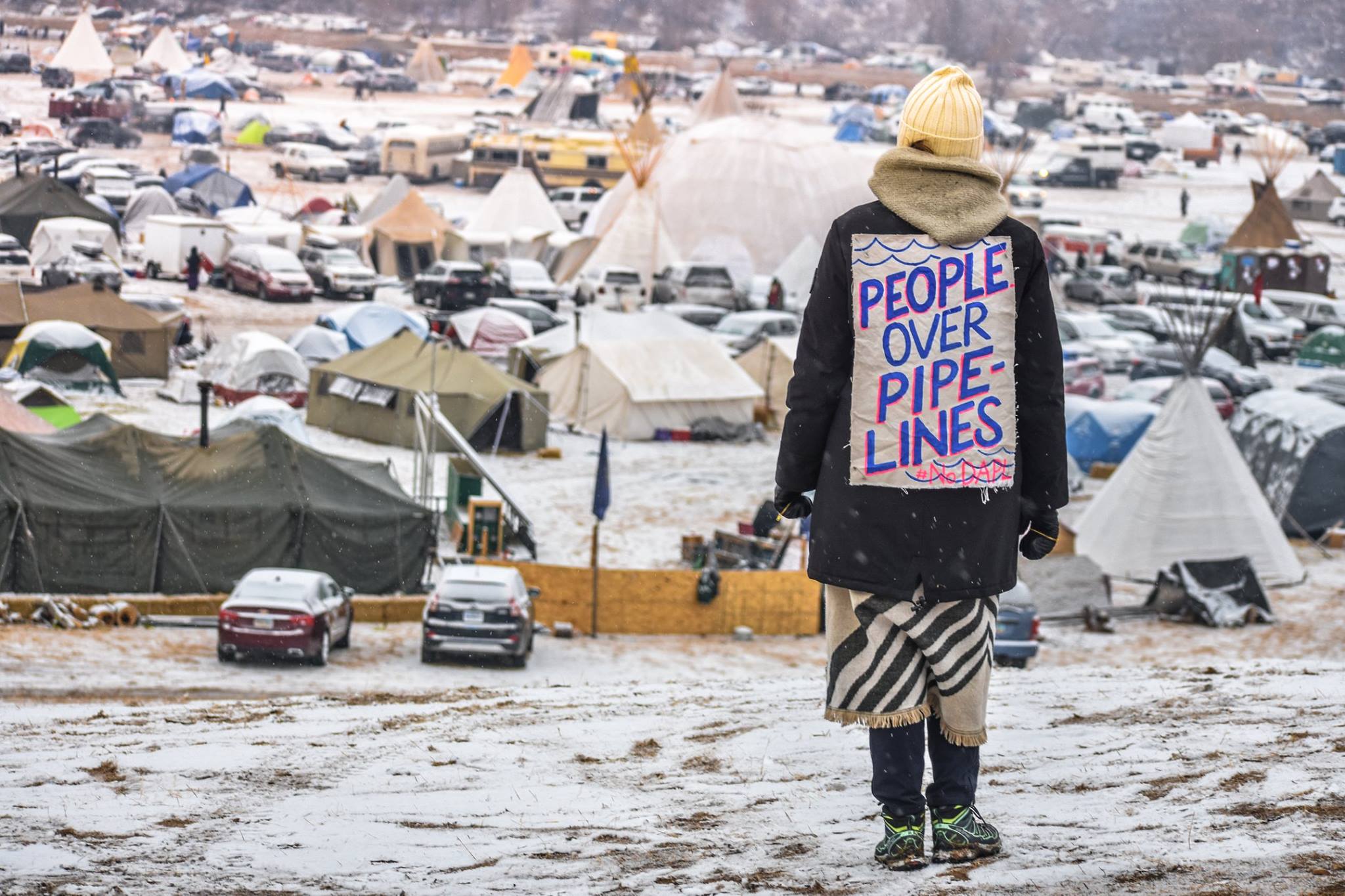 On March 25, 2020, a federal judge struck down permits for DAPL to run under the Missouri River. While the judge has not yet ordered Energy Transfer Partners (ETP) to shut DAPL off, he asked all sides to file briefs on this question, as well as ordering the US Army Corps of Engineers to complete a full environmental review (EIS) of DAPL.

The Washington D.C. court’s decision is a victory in lawsuits brought by the Standing Rock, Cheyenne River, Oglala and Yankton Sioux Tribes against the US Army Corps of Engineers (Corps) that have been ongoing since 2016. In 2017, the court ordered the Corps to consider expert evidence that the pipeline suffered from serious flaws that could cause spills and extensive environmental harm.  The Corps proceeded to again rubber stamp the pipeline, and in this new decision, the judge found the Corps’ consideration of the expert evidence inadequate, and that the Corps’ original 2016 decision to allow DAPL to cross the river violated the National Environmental Policy Act (NEPA).

The judge recognized that in damming the Missouri River and creating Lake Oahe, Congress took a massive amount of prime land from the Standing Rock and and Cheyenne River Tribes, and that the Tribes now rely on the waters of Lake Oahe for drinking, agriculture, industry, and sacred religious and medicinal practices.

The judge found that the Corps failed to adequately consider the Tribes’ expert evidence that the Corps’ analysis of DAPL’s safety was wrong, including evidence that the pipeline’s leak-detection system is unlikely to work, that the operator’s serious history of spills and leaks had not been taken into account, and that a spill could be far more serious than the Corps estimated.

The judge rejected the Corps’ argument that the Tribes were just “non-governmental organizations”, recognizing them as sovereign nations who presented expert evidence government to government.

The judge held that NEPA requires the Corps, and all federal agencies, to determine how a project will affect an Indigenous nation’s treaty rights — in this case the 1851 Fort Laramie Treaty and the Tribes’ hunting and fishing resources.

The judge also held that federal agencies must identify and address disproportionate health or environmental effects on minority and low-income populations such as Indian nations.  The judge ordered the Corps to determine whether Standing Rock would be disproportionately harmed by a spill.

How might the DAPL decision impact the fight to stop KXL?

The Corps has issued a blanket authorization to TransCanada/ TC Energy to construct the Keystone XL (KXL) pipeline across hundreds of rivers in Montana, South Dakota, Nebraska and northern Kansas without having prepared an EIS, including the Cheyenne River and the White River which impact the Cheyenne River and Rosebud Sioux reservations and flow through unceded lands.

The specific concerns the court emphasized in the DAPL decision mirror the objections and dire warnings conveyed by the Yankton, Cheyenne River, Rosebud, and Standing Rock Sioux Tribes and others in the recent KXL hearings by the South Dakota Water Management Board.

In those hearings, witnesses testified that KXL is planned to cross many landforms that are sacred to the Dakota and Lakota people.  Neither the U.S. Government nor the State of South Dakota engaged in government-to-government consultation with the Tribes or considered the spiritual and cultural impact of KXL, its impact on the Tribes’ use of the rivers for hunting, fishing, and irrigation, or the threat to plants used for traditional medicine.

In addition, KXL would cross the Ogallala Aquifer, a source of drinking water for the Rosebud Tribe and millions of other people in Nebraska, Oklahoma and Texas.  The aquifer is very close to the surface, covered by porous soil, which would allow any spill to reach the water very quickly.

Yankton Sioux Tribe presented expert testimony that the form of oil to be transported through KXL, dilbit, is much more hazardous than conventional crude. This expert testified that oil pipeline spills can be catastrophic to the environment and the people who depend on the affected resources.  TransCanada uses a leak detection system that fails 72% of the time.

The failure of the “operator”, TransCanada, like ETP, is demonstrated by the 34 documented spills and leaks which have occurred in the Keystone pipeline, also operated by TransCanada, during the past 10 years.

The DAPL decision is promising in that the judge hearing the cases against KXL could rule similarly. Most importantly, both courts should shut down construction and operation of these dangerous pipelines during the EIS process and beyond.