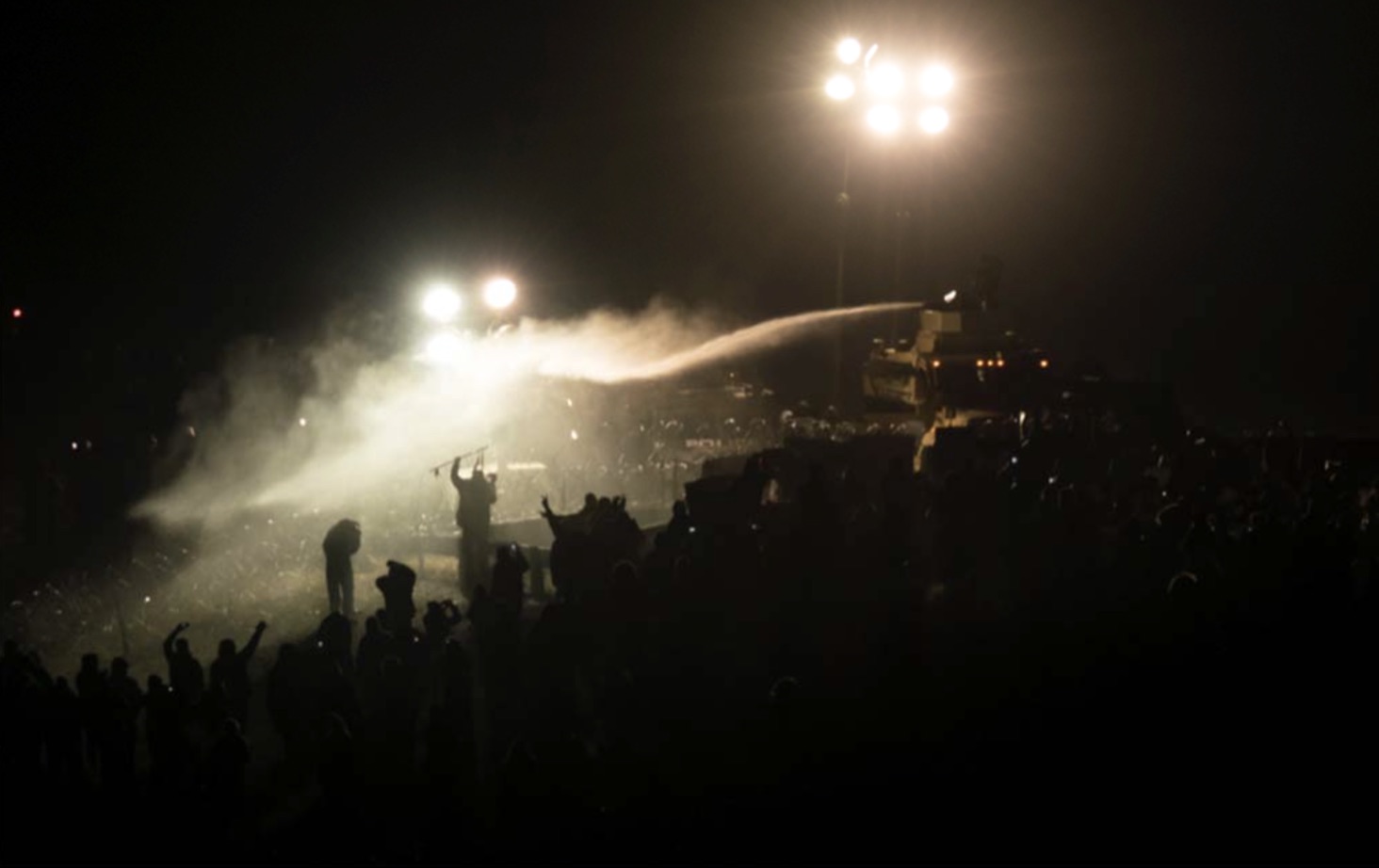 Bismarck, ND: The 8th Circuit Court of Appeals declined to overrule a district court decision in an appeal by water protectors who were injured on Backwater Bridge on the night of November 20, 2016. The decision released today upheld the lower court’s denial of the water protectors’ preliminary request for the court to restrict the local sheriff from using water cannons or fire hoses in freezing temperatures, explosives and other dangerous weapons on peaceful crowds in violation of the water protectors’ First Amendment rights.

Now that the appeal has been decided, the lawsuit will move forward in the US District Court for the District of North Dakota in Bismarck.

Dundon v. Kirchmeier is a federal civil rights class action lawsuit challenging police violence on the night of November 20-21, 2016, at Backwater Bridge near the water protector camps and the site of the DAPL pipeline just north of the Standing Rock Sioux reservation in North Dakota. The case was filed on November 28, 2016, in the U.S. District Court for the District of North Dakota by nine named plaintiffs on behalf of everyone who was injured by law enforcement that night.

Plaintiff Vanessa Dundon is a member of the Navajo/Diné Nation who was shot in the eye with a teargas canister that night, suffering a partial vision loss. Together with eight other named Plaintiffs, she represents a class of several hundred people who were injured by high pressure fire hoses, explosive grenades, chemical agents and impact munitions while peacefully protesting and engaging in prayer in opposition to the Dakota Access Pipeline.

“American Indians have felt the sharp end of a sword and the blunt end of a projectile too often in this country’s history. The brutal and militarized police violence on Backwater Bridge on November 20, 2016, should not have happened and must never happen again. The preliminary injunction is denied, but we will continue our fight for a permanent injunction and to ensure that the State pays for their indiscriminate use of excessive force,” said WPLC Executive Director Terry Janis.

“Although we are certainly disappointed by the decision today, we remain determined to see justice in this case. While the appeal was pending it was revealed that Energy Transfer Partners hired security firm TigerSwan to surveil and wage a disinformation campaign against the indigenous-led anti-DAPL movement. I am hopeful that the trial judge will see that he has been misinformed due to the efforts of these hired mercenaries, and will be able to take a fresh view of the evidence as the case moves forward.” said Rachel Lederman, lead attorney on the case.

The plaintiffs’ claims for monetary damages and permanent injunctive relief are not affected by this decision and the water protectors and their legal team will continue to fight for justice.

Nearly 400 Water Protectors are still awaiting trial in their state criminal cases and six are preparing for federal felony trials. The first federal trial will be Red Fawn Fallis at the end of January, 2018.

ALCU Amicus Brief (filed in support of the appeal)